Create a report with data from multiple AgencyAnalytics campaigns

Written by Francis Cloutier
Updated over a week ago

How to create a report with data from multiple campaigns

Multi campaign reports (also known as cross-campaign reports) are available to users on some of our plans - reach out to our support team if you're unsure whether your plan covers this.

In order to include data from multiple campaigns in a report, you'll create your report via the "Reports" section in the account overview screen (rather than from within a single AgencyAnalytics campaign). 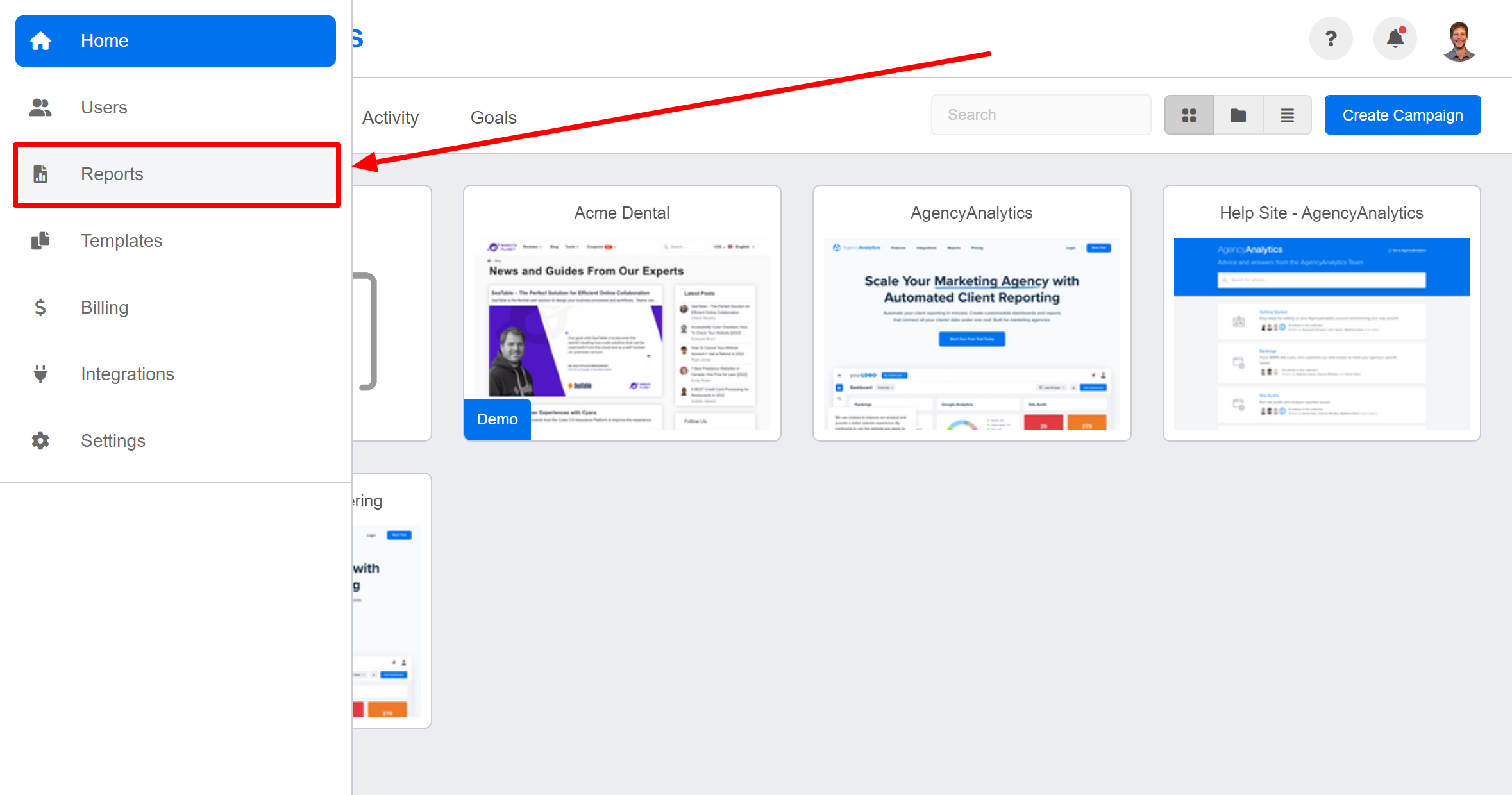 From the reports section, click "Create Report". This is available on both the Scheduled and Unscheduled tabs of the Reports page.

Next, in the campaign selection drop down menu, select "Multiple Campaigns" 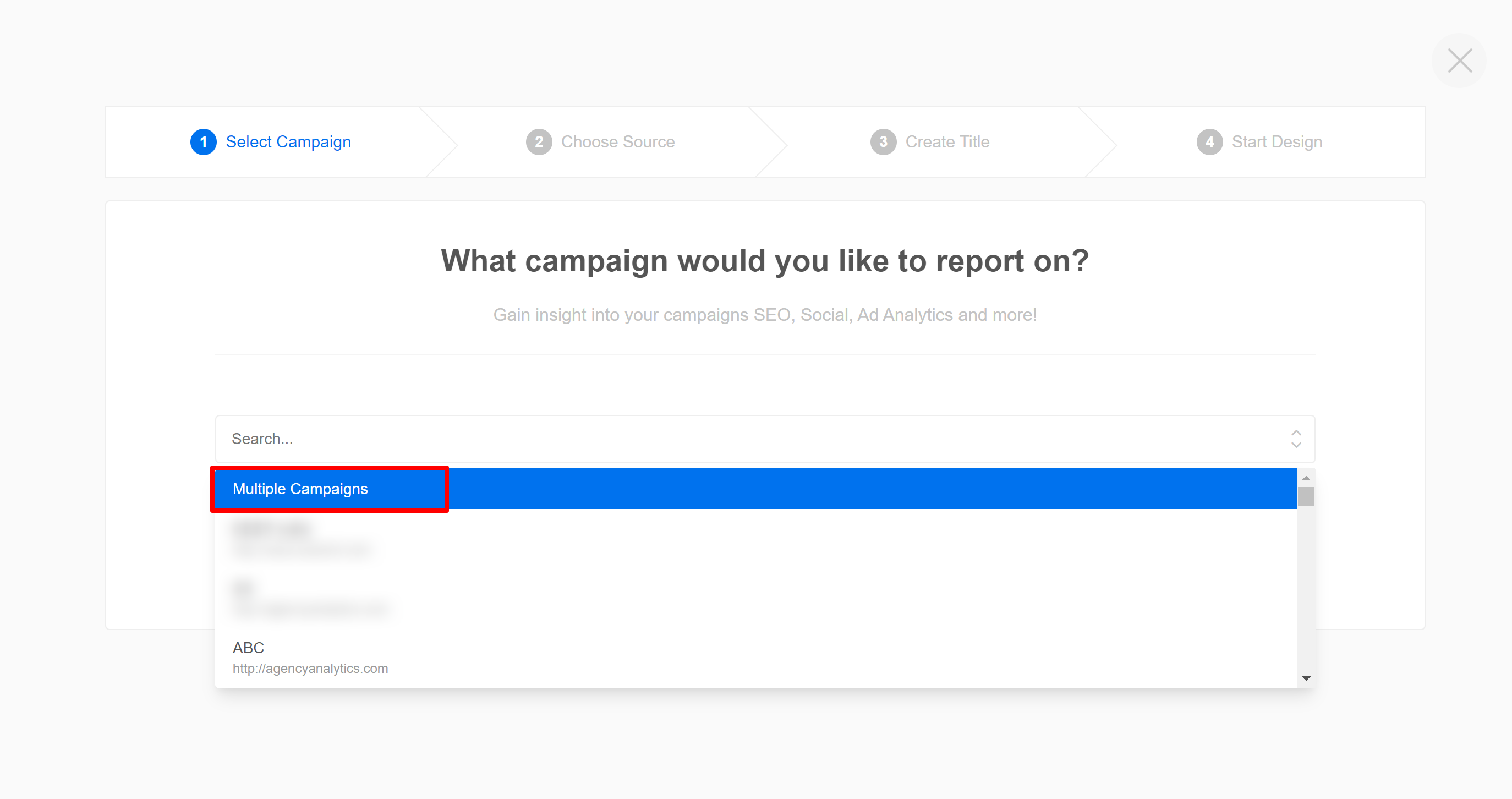 Then select a starting point for your report (blank report, using a template, or cloning an existing report).  Add a title, then click Continue to start designing your multi-campaign report.

Formatting Widgets on a Multi-Campaign Report

With multiple campaigns enabled, each time you add a section or a widget, you'll be prompted to choose which campaign you want that widget to display data for.

After selecting the section you'd like to add, you'll have the opportunity to pick which Campaign the section will draw from. 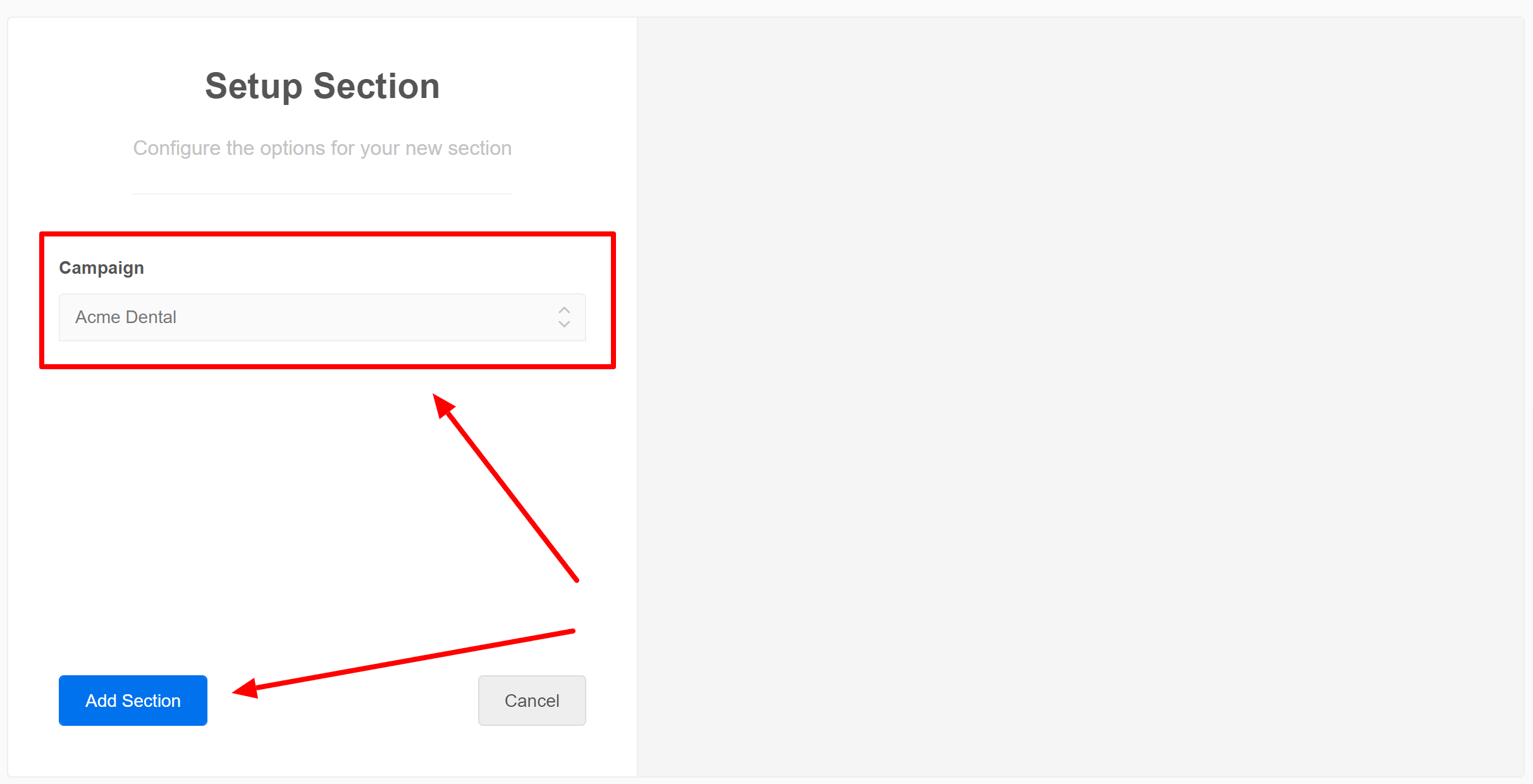 After adding a widget to your report, click the widget to select it. Then, in the widget sidebar on the right, select the campaign you'd like this widget to show data for.