There are two ways with which you can use the "Star" option to interact with the dashboard.

How to manage starred keywords within the Rank Tracker integration

First, starring a keyword forces it to the top of the table display. Even when you sort your keyword list by name, rank, or other metric, the "Starred" variable overrides any other sorting, and the starred keywords will always appear first, at the very top.

Second, you can choose to filter your keywords, so that only starred keywords are displayed in your table view.

To do so, click the "Settings" button to the right of the "Time Period" selector. Then, go to the Filters tab and select "Starred Keywords". 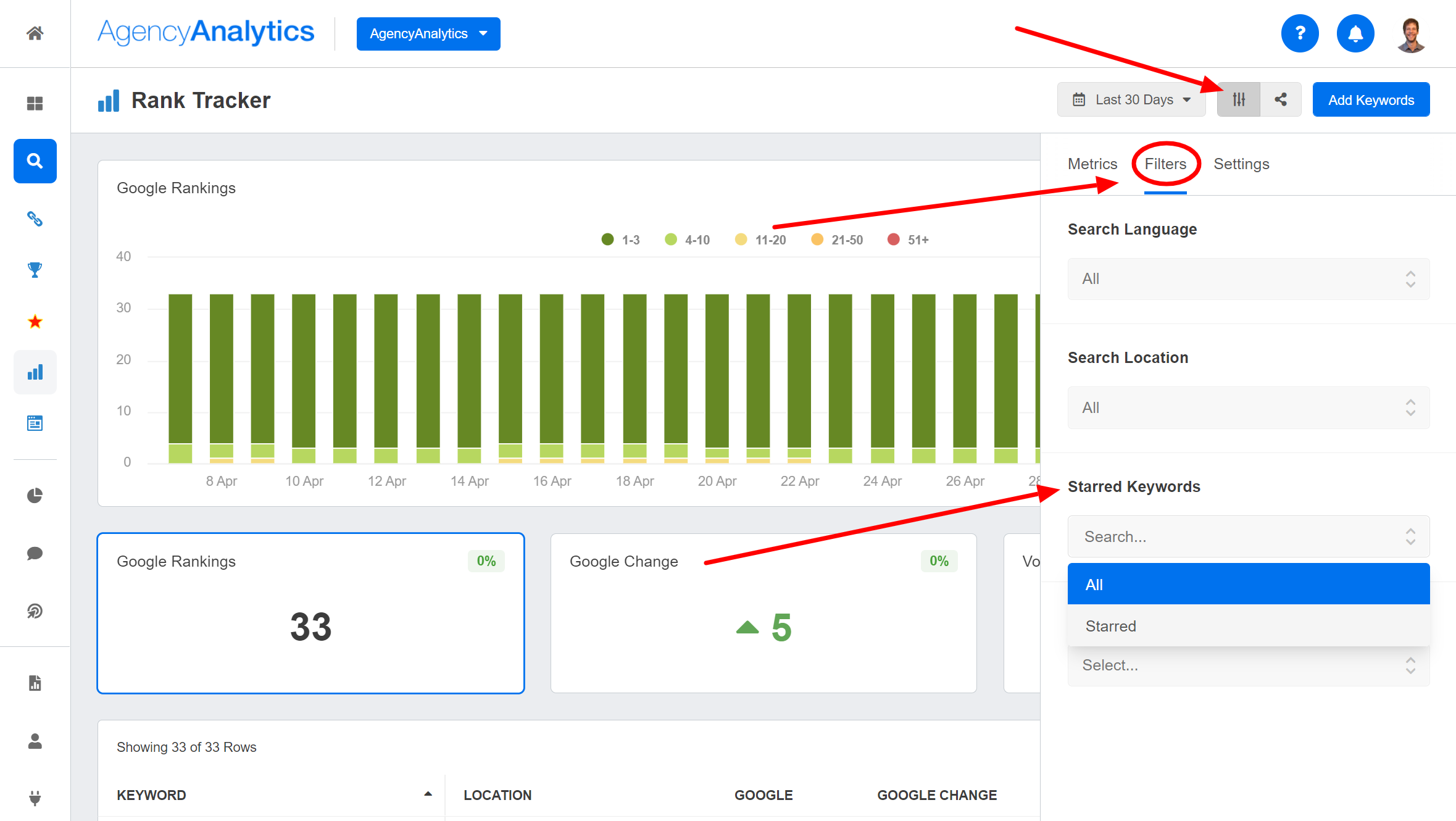 To return to a display with all keyword data, simply click the "Settings" button again, and then select "All Keywords" from the "Filters" drop down.