In addition to the dashboard, starred keywords can also be useful in PDF reports.

How to manage starred keywords within a PDF report

You can filter keywords using stars within PDF reports, just as you can within the dashboard.

Once there, hover your mouse over a widget and click the "..." that appears in the widget's upper right corner. 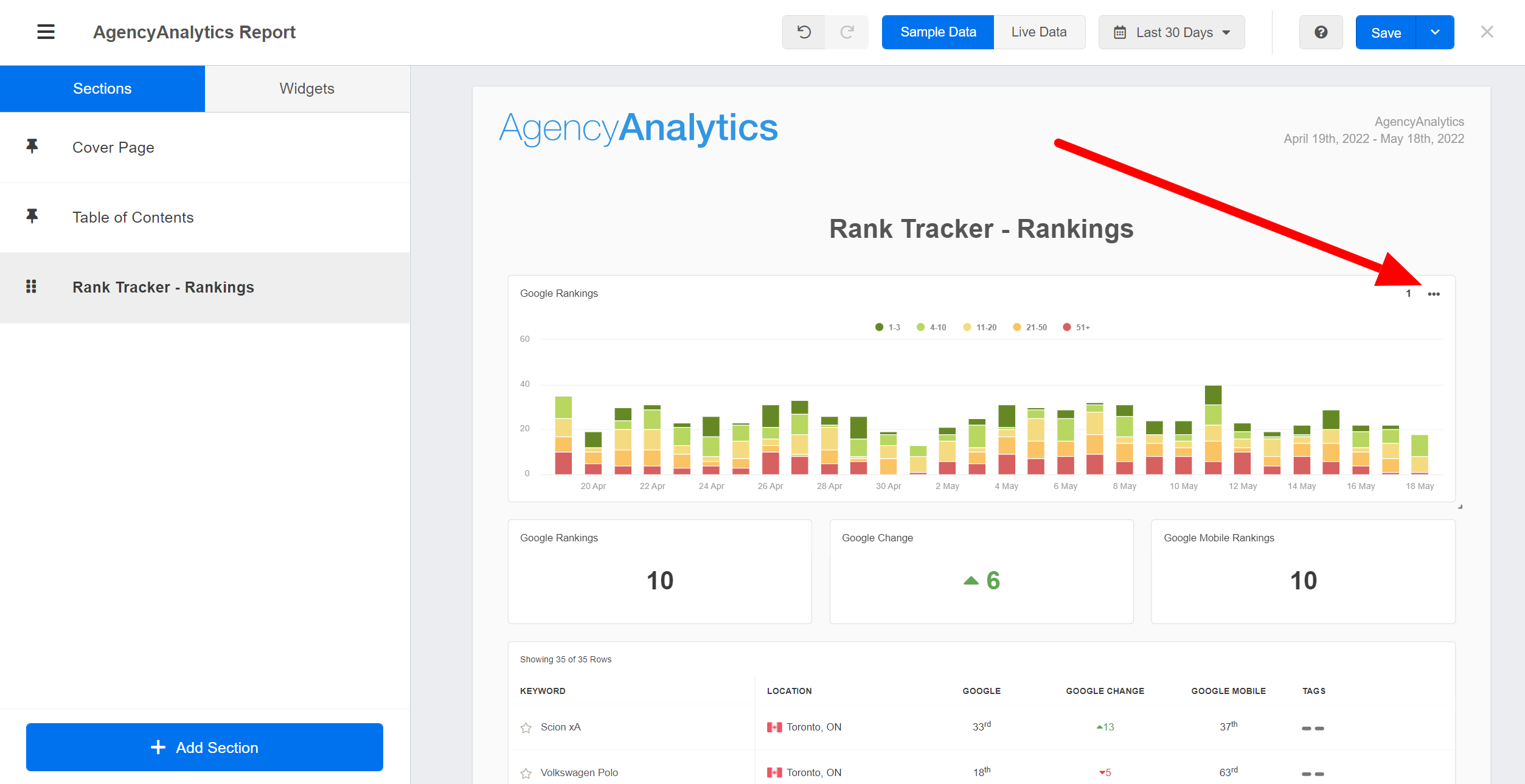 This opens the widgets settings and filters on the left side of the screen, as a sidebar.

Click 'Data' in the tabs at the top of this sidebar to be shown the different filters available. You'll see an option labeled "Starred Keywords". Click the drop down switch between displaying "All Keywords" and only the "Starred Keywords". 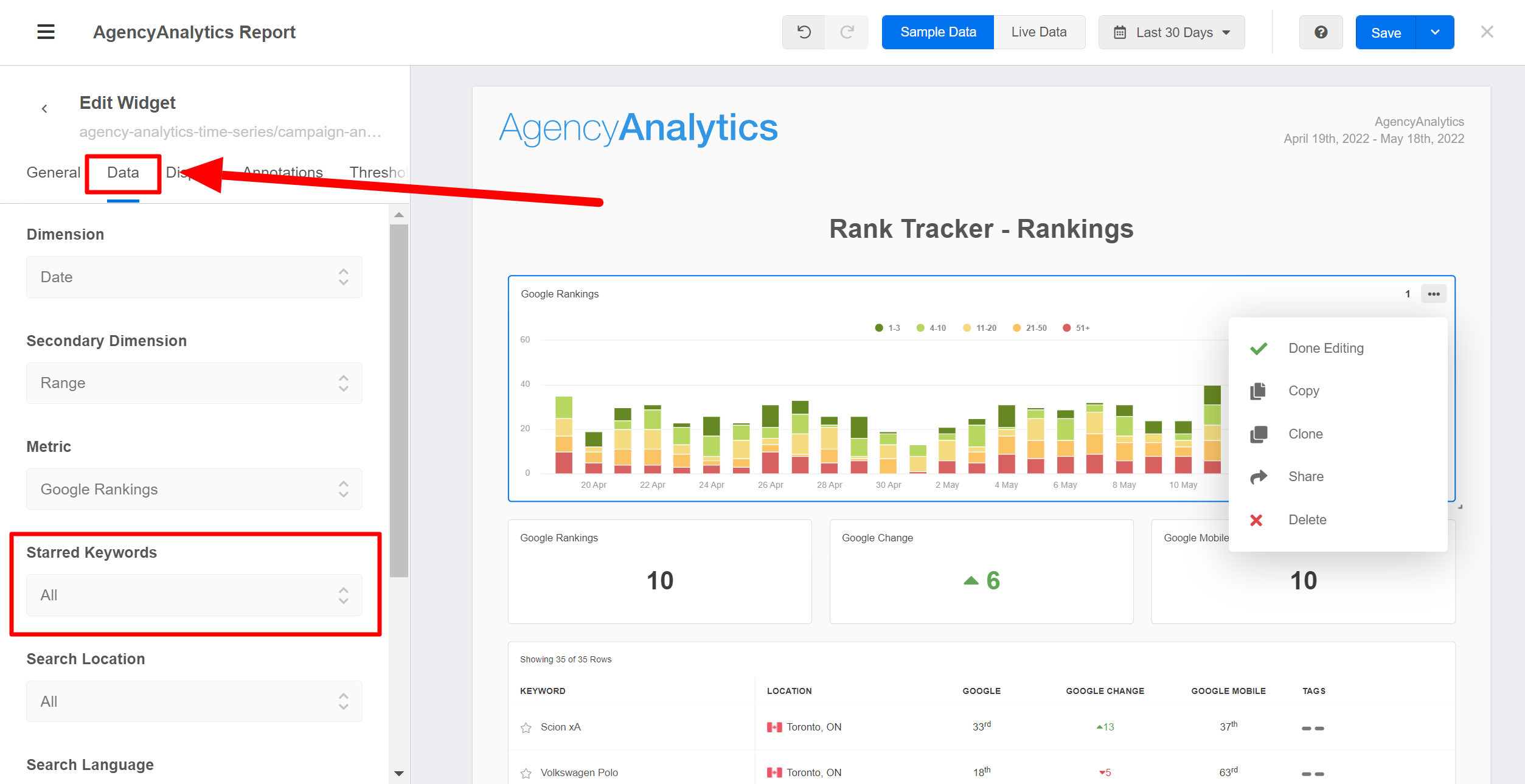 This has the same effect as choosing the "Starred Keywords" filter in the dashboard, as described here. I.E., when you toggle this option on, this report section will only display data for starred keywords, both in the graphs, and in the table section.

As always, be sure to save your report before you exit.